I know the title of this post sounds a little kinky but I swear, it isn't.
I started writing this little blog & posting the links on Facebook almost 2 years ago now, when I was a senior in high school. I was pretty good friends with most of the guys, but at seniors in high school, they were all total douches. 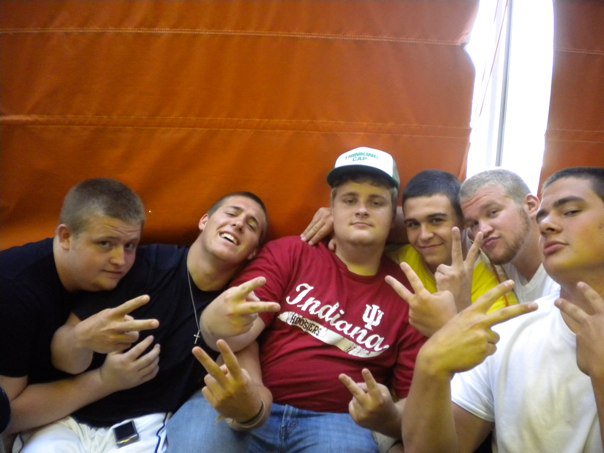 I'll never forget sitting in the very front of our math class & hearing like 6 guys behind me making fun of me for blogging.
Who would want to read what I had to write? Did I think I was some kind of profound writer? I only had 15 readers and rarely any comments! Did I not have any life?
The taunting went on.
I sat in the front trying to play it off like I didn't care what they thought but of course, I did. It hurt my feelings.
But? I'm so glad they made fun of me because you know what?
Nothing makes me want to do something more than having people tell me I can't or shouldn't do it.
Once I have people saying that to me, there's no way I'm gonna let them see me fail.
Yesterday, I was on Facebook chat & a girl who was always super cool with all of the guys and who I would've never expected to say this popped up & said, "Do you still have your blog? I used to read it all the time. It was my dirty little secret."
I was smiling ear to ear.
I made a separate page for the blog because people said they were getting tired of seeing my blog stuff my my personal page.
The truth of the matter is, reading this blog is a lot of people's dirty little secrets. I know that because occasionally one of the haters will slip and ask me about something they would've only known if they were reading the blog.
So yeah, sometimes my feelings get hurt. Sometimes I get discouraged and want to just throw in the towel, but I'm so glad people told me this was stupid & I'd never have anything important to write about because honestly, not letting people see me fail has stopped me from giving up so many times.
So tell me no, make fun of me .... it only makes me want to do things more & prove you wrong.
Peace out suckas.

Blogs are for losers

The Picture is priceless! and they are all still douches :)

I remember when I called people out on blogs... cool

Hey girl ive been reading your blog for a while and I LOVE it!!!! Check mine out and let me know what you think!! :) http://oldandcontent.blogspot.com/2011/10/drake-and-fat-man-do-manhatten.html