It's not even a full moon.

That's what my mom said Friday when we got the phone call that 2 more of my friends were in a bad situation, after I had already received calls about 2 others in bad ones too, "It's not even a full moon ... what is going on?"

We have an "Ethnic Expo" each year in my hometown and it's a pretty big deal so I headed home for it Friday night.

Let's just say after that 3rd phone call where I found out my 3rd & 4th friends were in trouble, I totally lost my appetite. Regardless of how good that gyro was about to be.

Early in the week, my plan had been to go to Ball State for the weekend to see one of my best friends. She lives right down the street from me & we spent almost every minute of the summer together so I really miss her, but I decided last minute I didn't want to go. Every weekend leading up to this one, I had been swamped with photography which is awesome but has also made for very long weeks with no breaks. I knew if I went to Ball State this weekend, it would be exactly the same & that I needed a break so I told her I wasn't going to come.

While I was driving home around 4 o'clock, I got a text from her saying she was in the hospital. She woke up completely blind in one eye and had to call her parents to come get her. This has happened before, but it still made me very nervous because no one knows why it happens. She told me that she'd be home for the weekend if I wanted to hang out after she got out of the hospital but still, I was a little shaken.

Later, around 5, I decided to text my friend Megan and ask how her first week back to work was. The answer I got was not one I expected. "I'm actually in the hospital with D right now", she said, "he had to have surgery on his stomach." My heart dropped. Her sweet, 2 month old baby had to have his stomach cut open? I knew he was spitting up a lot, but I didn't know it was that bad. She told me she thought they'd be home the next day and that he was doing really well, but still, at that point I was feeling very uneasy.

I got home and got ready to go downtown for the Ethnic Expo with my mom & her boyfriend. I was very tired and considered not going but I decided since I came home just for it, I should pull it together & go.

While we were standing in line for food around 8, my mom's phone rang and I heard her saying, "Oh my God", "Yeah, his son is a friend of Ali's". She hung up the phone & immediately I started questioning her, unable to believe that yet another one of my friends was obviously in trouble.

It was worse than I thought.

I have 2 really great guy friends. One, I spent a lot of summer nights with sitting by his pool talking & another has been my friend since I was 14. My good friend.

Well, It just so happens, the first friend's mom & the second friend's dad used to date but broke up last year.

Early Friday morning, the first friend's mom was asleep with her new boyfriend when they heard their front-door getting shot at.

No arrests have been made, but the prime suspect is my second friends dad.

I literally cannot believe it.

2 of my best friends are in a horrible situation. One of their mom's boyfriends got killed and the other one's dad is in serious trouble - and his mom died when he was 14.

A's mom is fine, she's in a safe place and recovering emotionally, I'm sure. My friend with the blind eye is home and now able to see but they still don't know why that happens. And Megan is home with the baby who has already gained weight and is doing much better.

If you're the praying type, please pray. These are all of my best friends. And they need it.

Oh, I hope your weekend was better than mine.


On a happier note, I saw this tonight: 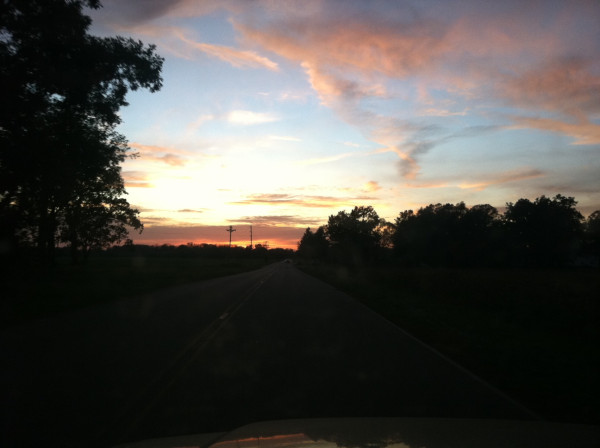 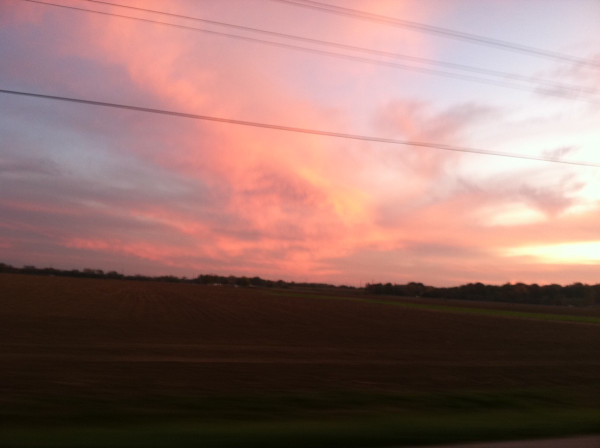 & I'm pretty sure it was God saying, "I'm right here with you, don't you worry."

Ali, I found you through Southern Fried Bride's blog comments - my heart is heavy for you this morning. I'll be sending many prayers your way. Keep us updated on your friends' situations - God will pull them through it.

Just saw your post on Andrea's blog (The Gambrel 4). Saying a prayer for your friends!