One fine night when I was four, I spent the night with my Nana & came home to find a teeny tiny little white puppy. I got to name her (although my parents didn't go for Wishbone) and I chose Maggie. I was too little to remember much except she scratched me when I picked her up so I did what any four year old would do ... dropped her.

Then, just a few years later, Autumn joined our family. A sweet little black lab mix, she grew too large for my cousin who's in a wheelchair. When my cousin had a long stint in the hospital and we kept Autumn, my dad fell in love with her. Since she was too big for my cousin anyway, we got to keep her.

Both girls were our constant companions. Maggie was grumpy and didn't do anything she didn't want to do and Autumn was as sweet as could be. Autumn was my baby. She laid in my room when I was at school and man, I just loved that girl.

But at 14 and 16, we knew their time to leave us was near. However, we weren't really prepared when Maggie died a few weeks ago. She had greeted my mom at the door and was seemingly fine and just an hour later, she was dead. My mom was totally devastated. Autumn was lost without her best friend. I can only imagine how confused and sad she was. And she was so old it wasn't like we could make it better by walking her a lot or taking her on car rides. Last Thursday, her kidneys stopped working & we had to have her put to sleep.

Those girls were our life for so long. It's weird how much you can love dogs, you know? I thought about that. Like, these are animals. But gosh, they felt like sisters or best friends. 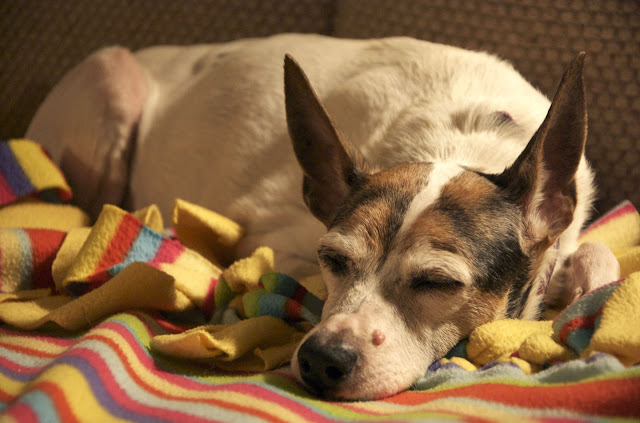 Autumn
I knew this house would be way too quiet, too boring, too weird without dogs so even though my mom had said, maybe she would just go without dogs and all the responsibility for awhile, I started looking at them. I knew some people down the street from us were selling lab puppies so I had the idea to surprise my mom with one for Christmas. But, the more I thought about it and talked to people, I decided it would probably be a better idea to try to talk her into it.

And I kind of didn't ask to go visit the puppies, I just told her I was going to. She was sick when I went but the owners were nice enough to let me bring the two girls that were left to my house and show her. She fell in love, just like I knew she would.

Except, when I woke up in the morning, she was on an adoption website. I was torn. I knew there were so many puppies who needed homes but I also loved the little tiny puppies from the breeder and I didn't think we'd get a little one from a rescue.

The next night, my mom went to visit the little puppy on the website, Nancy, and texted me saying, "would you be okay with us taking two dogs? I'm not kidding".

Friday night, we picked them up. A big, probably 100 pound lab named George and the black lab puppy we re-named Lucy.

Right now, George is just a foster and Lucy is ours but we are going to keep George; I'd be devastated if he went anywhere.

I was a little nervous about adding to our family so quickly after losing the other two. Honestly, Friday night, I wasn't even sure I wanted to go get them. I was so sad about losing Autumn on Thursday. But, these two were exactly what we needed. They're lively and so loving. George doesn't want me out of his sight and mostly wants me to be holding him at all times (Which can be a little awkward since he's 100 lbs) and Lucy is sweet and mischievous.

I'm so thankful for dogs and our ability to care for them and take two who needed a home. I'm totally in love with them. 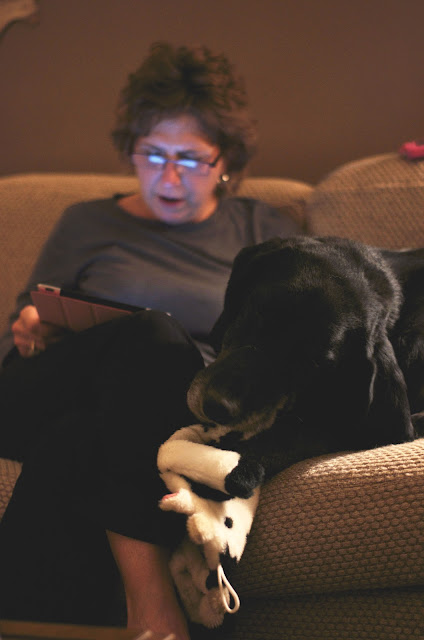 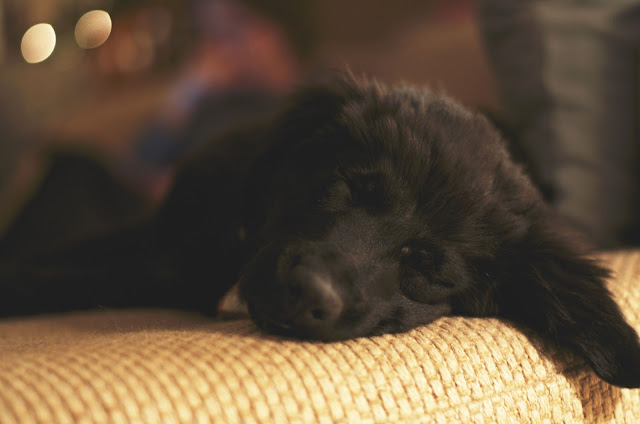