So, I haven't been around these parts lately because I've just been so busy with other things but I'm hoping to get back to writing some good stuff over break because I love this little space and the friends I've made here and it's not something I'm willing to let go. That being said, I'm going to leave you with a bulleted list of the recent happenings in my life until I can write something better so here we go ...

Hopefully I'll be back really soon to write better stuff but until then, maybe this will hold you over. But just in case this isn't enough but there's still hope ... some recent pics for you ... 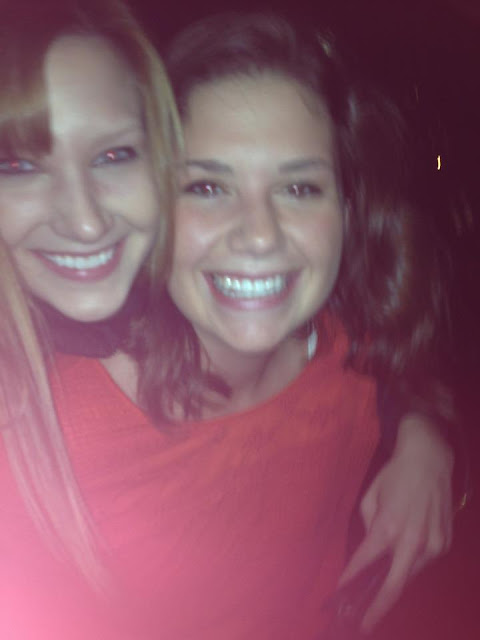 A good roommate carries the other one home when her feet hurt after a party. 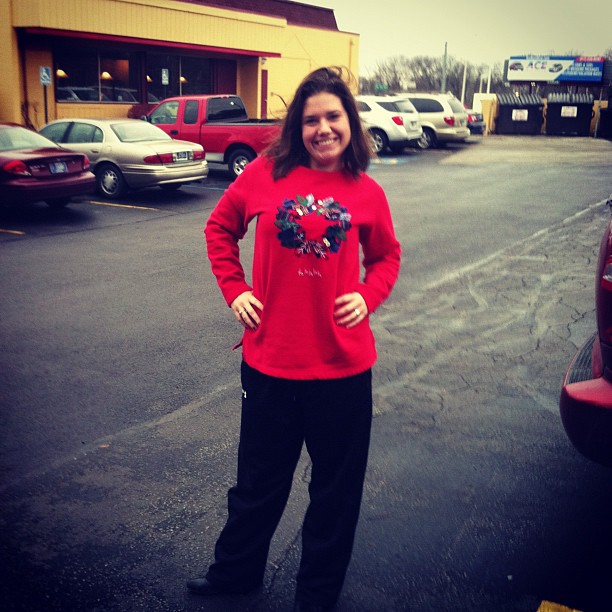 I rocked the ugly Christmas sweater at IU this weekend. Hate to say it but, it was so comfy & cozy, you may catch me wearing this again & not even at a party. 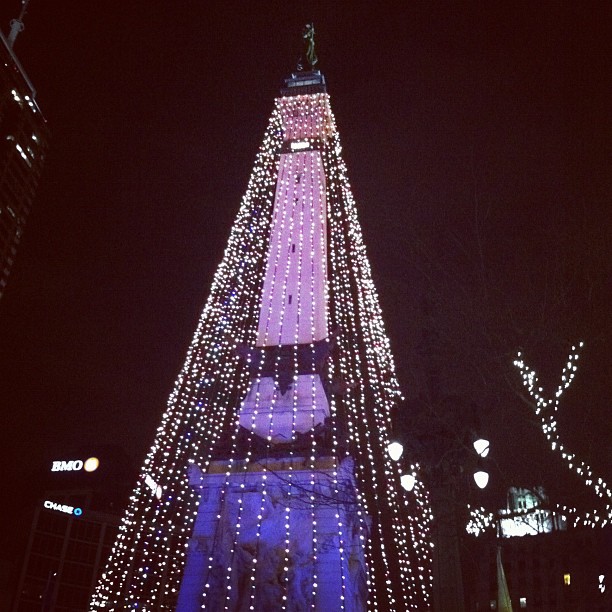 I decided to go Christmas shopping downtown Friday night. Big mistake. Huge. The traffic was absolutely insane and I actually thought I was going to run out of gas in the parking garage. But! I made it & saw this beautiful sight. 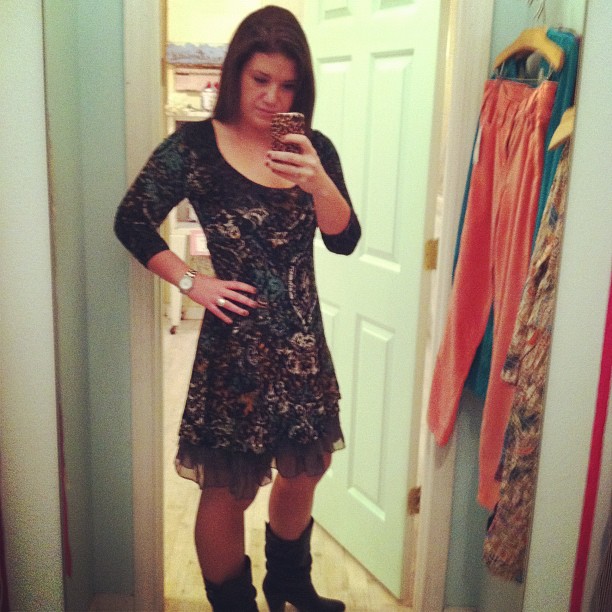 One of my jobs as social media coordinator at the boutique is to take pictures of the new shipments & sometimes model them. I don't hate the job. I'm obsessed with this Free People dress and the slip underneath. gimme. 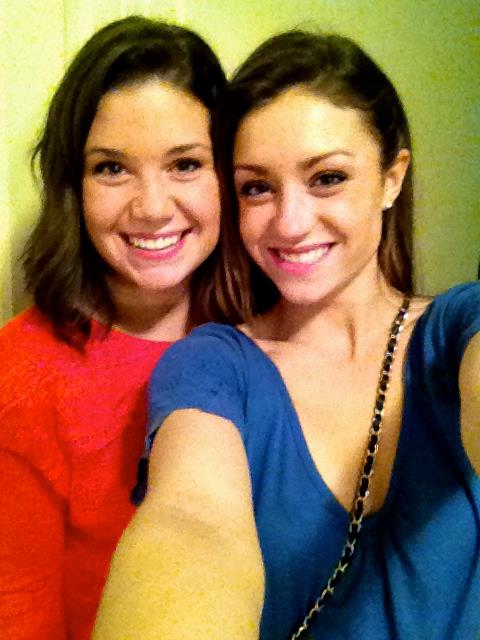 Party girls. me and one of my bests at a party Thursday night.