From the time I was five until I was fourteen, when my dad finally left, life in my house was tense. Everyone was walking on egg shells, I would sit wondering what might set off a fight & my mom was more sad than she was happy. It was a really hard thing - something I am going to be sure never happens for my kids.

At the same time, I was watching Mrs. Doubtfire like it was my job. You know, the dad kind of sucks, the mom is unhappy & then all of the sudden, a gorgeous man comes around who just so happens to be perfect for the mom. Suddenly, the mom is so happy and the new boyfriend is doing all kinds of fun things with the kids.

Well I prayed for that. I started praying long before my mom & dad got divorced that she would find someone else. I wanted her to find someone who would make her happy and put us first. I wanted someone I could count on.

It took a long time but finally, I got it. Finally, my mom found someone who makes her happy & who never fails to put us first. She found Donnie.

Whether it's my fault or his, or a mixture of both, my dad doesn't know much about me & every conversation is pretty much the same. He asks me how school is, asks me what I'm doing over the weekend & tells me where he's driving (because he's a truck driver). There's never much depth because he doesn't know enough about me to make any depth.

After he was finished, he apologized, afraid he had overstepped the boundaries. But really, what he didn't know, is that I've been wanting that my whole life. I've been wanting a male figure in my life who really cared. I wanted a dad who would treat me like his little girl.

It's funny how God answers prayers, you know? It took me more than ten years to get the kind of guy in my mom's life & mine who I thought she deserved & who would care about me. But even though it took a long time, I got it & he's better than I ever could've imagined. 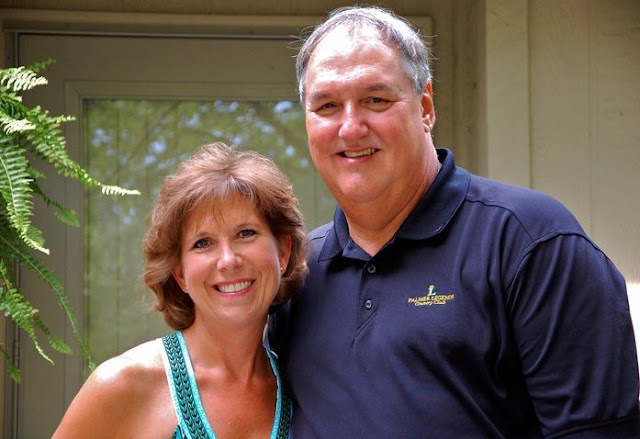 I know everybody always thinks that Mom & Dad together is the best thing for the kids, but it isn't. Not if no one is happy. SO glad that you have that male figure you have always deserved and your mother has the happiness that she deserves!

this was so sweet -- i can totally relate, but even though she's been married (& divorced) twice, my mom still hasn't met her prince charming!

This makes me teary. I am so happy for both you and your mom. You both very much deserve it.

Adorable Ali! My parents are also divorced and I can say is all I ever wanted was for them to be happy. I am very thankful for the relationship I have with my step-dad.

Such a sweet thing for him to say, and I love how happy your mom looks in that picture. You are two lucky ladies for sure.

Britt @ The Adventures of Josh and Britt said...

I'm do glad your mom found a great man! I know exactly what you mean about living in a house full of tension with an unhappy mom... My mom finally has her Donnie now too! :)