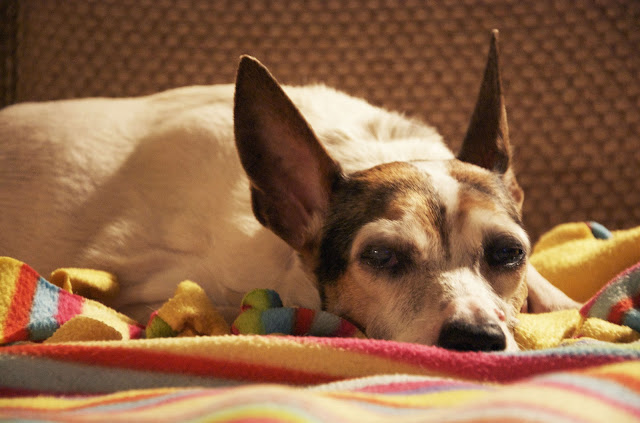 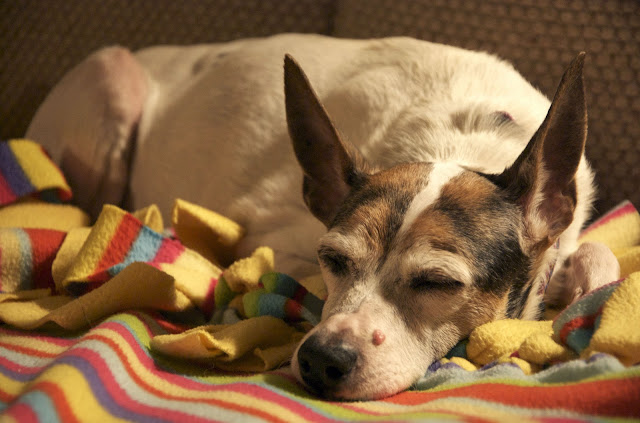 Last night I was laying in bed with this old girl and as I leaned down to kiss her head, I smelled the same old smell I've been smelling since she was a pup. Suddenly, I got all sentimental as I often do, and I started to think about the life we've had together. No, I'm not kidding.

One day when I was four years old, I came home from spending the night with my grandma to find that my mom & dad had gotten me a puppy - a fox terrier puppy. I was over the moon about our new family member.

When my mom asked what I wanted to name her, I said the only dog name I knew, Wishbone.

Apparently that name wasn't good enough for my momma because she told me again that the puppy was a girl & asked again what I wanted to name her. So, I did what any four year old would do - I named her my best friend's name, Maggie.

For awhile, Maggie was totally in love with me. She slept with me when I was sick and played with me when I wasn't. But, then I got older and started pushing her around, so she found another companion - my mom. Now, she's totally my mom's baby.

My 20th birthday is coming up and I got Mags when I was four so that makes her 112 years old. We've gone in phases - friends, not friends, friends, not friends - but now? I think we love each other. Sure, she drives me insane because she's constantly whining & thinks she's a person, but she was my very first puppy, the only friend I've had since I was four.

Who knows how much longer Maggie will be around - more times than I can count, I've thought we were going to lose her but I'm so thankful to her for being an amazing puppy friend for almost 16 years. 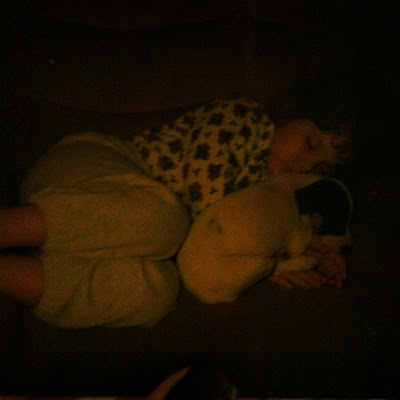 aaawww...I had a puppy from 5-19. Very long time for a large dog. He was part of the family. Warm warm memories.