Heaven is For Real.

Death is a really hard thing for us to understand - if you understand it, if you can wrap your mind around it, I commend you. I can't. & yet? it's something that has been on my mind lately because of Tori's death a couple weeks ago.
When my Nana died, I was going to a therapist regularly & during the session immediately following her death, I told my therapist I just didn't understand why I was so upset. "I've known she was going to die for months", I told her.
We had known since February that Nan had cancer & we found out in May that she wouldn't survive it. Yet, when she finally passed away in August, I was devastated.
The therapist told me something that was very helpful to me then & equally helpful for me to pass on.
She told me that regardless of whether or not we see a death coming, it's equally devastating. She said death is like getting hit with a ball - it doesn't matter if you see the ball coming & get hit in the face, or don't see it & get hit in the back of the head, it still hurts.
As helpful as it is, that little tidbit of information is about as much as I understand about death. The rest is really murky for me.
I said that my cousins have experienced a lot of death in the past year in the first post I wrote about our family vacation & sadly, it's true.
One of my mom's cousins had cancer for 10 years before he finally passed away in the fall leaving a wife & 2 kids. Mark & his wife, Tammy, were more in love than any other couple I've ever known. They had been married for over 20 years & had 2 children ages 19 & 14, but that didn't stop them from cuddling & calling each other baby. They were in love & they didn't care who knew it. If there were any couple who shouldn't have been separated so early, it was them. 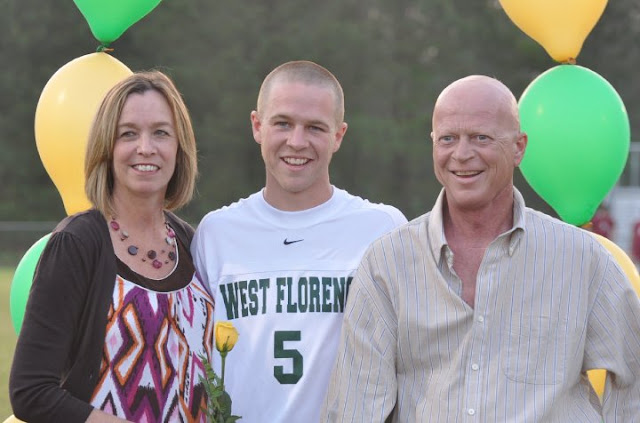 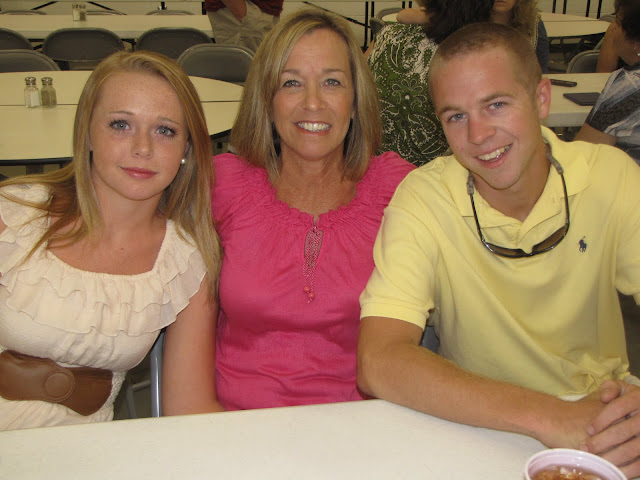 Rayne. Tammy. Hunter.
However, Tammy is one of the strongest christian women I have ever met & even though she's lost her husband, mom & mother-in-law in less than a year, her faith is unmoved.
When she found out that my friend had died, she recommended the book, "Heaven is For Real" & said she'd bring it to the beach.
The first thing she did was bring me that book & the first thing I did was read it. In fact, I read it in one short day on Sunday, our first day there.
"Heaven is For Real" is written by Todd Burpo, a pastor who's son nearly died from a life-threatening illness. The 4-year-old boy slowly reminisced on what he saw in heaven when he nearly died in an operation that saved his life.
He told his dad that when he got to heaven, the angels greeted him & sang to him so he wouldn't be scared. He said sat on Jesus' lap & met John The Baptist. The little boy said he met family members who had gone before him & because of his experience he was able to comfort those who were near death on Earth when he recovered.
I read & read on the beach that day, growing ever more intrigued with each page. & as I read, I felt comforted by all of the things this little boy had seen and how happy he was in heaven.
Quickly, I understood why Tammy got so much comfort from this book.
I truly believe if one has faith in Jesus, dying isn't scary, it's good, because Heaven is going to be amazing - more amazing than we could ever fathom & I know Tori is happier than I could even imagine.
Sure, everything in that book could be made up but it's all matched up with scripture & I believe The Bible word for word so even what's in the story isn't true, all of the facts about heaven are.
If you have ever struggled with death, if you have someone close to you who's near death or if you have a friend that's struggling, read "Heaven is For Real" & then pass it on to your friends.
I promise, you won't regret it & your friends will thank you. 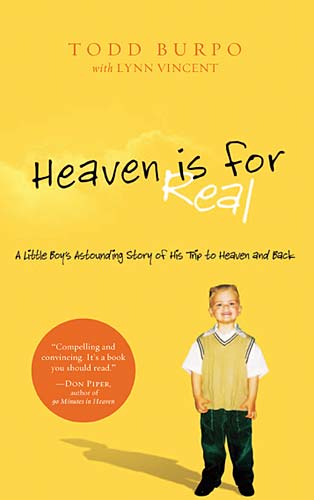 I have heard great things about this book. Might just have to get it.

i read this book in one afternoon after my mom read it the night before - so good!

it's never easy coming to terms with death. my friend died when we were freshman in high school and i still can't wrap my head around it. she was the most beautiful girl i've EVER seen in my life and it just didn't make sense. still doesn't all make sense to me. i don't think it's ever something that most people will be able to fully accept - you're not alone on that score. i still tremble at the sight of an ambulance, a car accident, or when i walk into a hospital.