Mirror, Mirror On the Wall

As I was putting my makeup on this morning,  I thought, I love all of this so much, I should share it & it's not the first time I've thought it either.
I do pretty much the same makeup routine every day. I might add in some eye-brow tint or darker eye shadow if I'm doing something fancy, but for the most part I stick to this little routine & I love it for every day.
I'll be honest. I don't wash my face. I mean I might like once a month, but that doesn't really count. It might catch up to me someday, but for now birth control does the job of keeping my face clear.
I do however, moisturize like crazy. I can't stand when my face feels dry. So the first thing I use out of the shower is Olay Regenerist Deep Hydration Lotion. 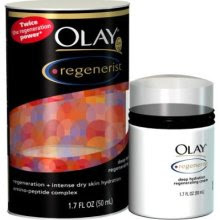 Found at Target for around $12
It smells absolutely lovely & it makes my skin feel like a baby's bottom. Is that weird? Whatever. It makes my face super soft.
This next product is the reason for this post. It's my favorite thing of the whole makeup routine, it's Benefit You Rebel Lite Tinted Moisturizer. 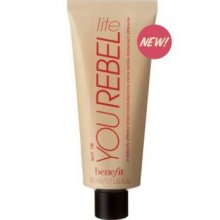 Found at Sephora for around $30
I really don't even need to use the Olay lotion with this stuff, I'm just a moisturizing freak. Tinted Moisturizer is good for anyone who doesn't have a ton of time to spend every day on makeup, but I think this is better than the rest. It covers nicely but is very light so I never have to wipe it off my lips or eye brows like some others I've tried. It also has SPF 15 good for everyday & like the Olay lotion, smells divine. I'm telling you, you need it.
After the tinted moisturizer, I use this Smashbox Bronze Lights bronzer. 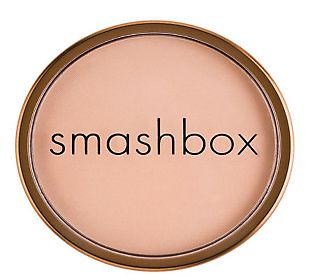 Found at Sephora for around $30
When I was younger, I used some pretty dark bronzer, but thank God I've grown out of that. This bronzer is very light but still gives my cheeks the hint of color I want. It's also mat so it doesn't make me look too orangey
While I don't use dark eye makeup unless I'm going out, I still like to play my eyes up with a more natural look for every day.
I use this Bobby Brown Cream Eye Shadow in Beach Honey right under my eye brows. 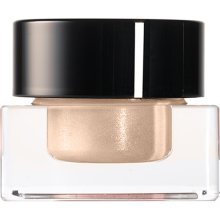 Found at Nordstrom for around $22
A light eye shadow under my eye brows helps to lighten up my face and eyes & I like this one because the cream is so soft & easy to work with.
I use Maybeline Sparkling Wine eyeshadow on my lids. 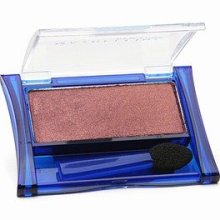 Found at Target for around $4
This eye shadow is so inexpensive & it looks great. It's purpley but not dark with a hint of gold & really makes my eyes pop & even sparkle a little. I love it.
I use a good eye lash curler every day, something I think every girl should use & then I use Diorshow Mascara. 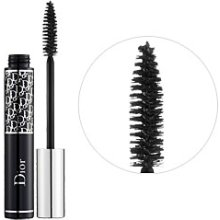 Found at Sephora for around $30
It 's a little pricey, but I promise it's worth your while. You can use as many coats as you like to build your lashes in length & volume.
Last but not least, I use this Estee Lauder Gel Eye Liner in Brown. I'm sure there is a more technical name than Brown, but I don't know it. 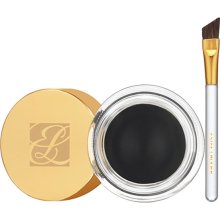 I love posts like these! Especially coming from you, because we're about the same skin tone... I like to use creams, deep purples, golds, etc. on my eyes, as well.

Also, I've been looking for a new mascara lately. I'm not satisfied with any of the cheaper brands I've found so I may have to splurge on that Dior mascara you mentioned! It sounds great.

mmm I'm definitely going to try that moisturizer. Which one? I didn't clarify.. I'll probably be weird too and do both ;)

Megan - it's worth it, promise!

Christine - I can't WAIT to hear how you like it. I mean, how you like both of them. When you try them let me know! I wanna know what you think!