I haven't intentionally been putting off a vacation post, I've just been so busy catching up that I haven't had time for it yet. I now fully understand why my mom always wanted a day in between coming home from vacation and going back to work. Laundry & playing catch-up, OH MY!
We took a 3-day vacation last week (Wednesday night - Sunday Morning, so 3 days), for my 19th birthday. I've decided that a birthday vacation should be a yearly ritual since right around February I've had all of winter I can take.
We left Indianapolis on Wednesday night after class & arrived in Orlando at 12 p.m. It was still an hour back to my mom's friend's house where we were staying, so we didn't get up until almost noon on Thursday. It was nice that we hadn't planned to go to Disney until Friday so we had a day to kind of just rest-up & hang out.
because normal faces are for losers 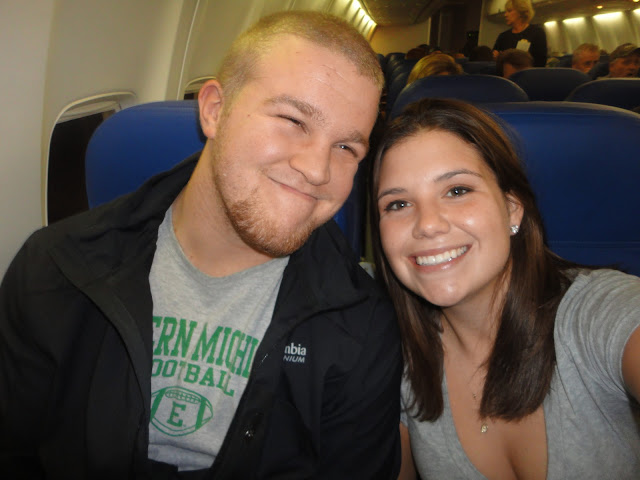 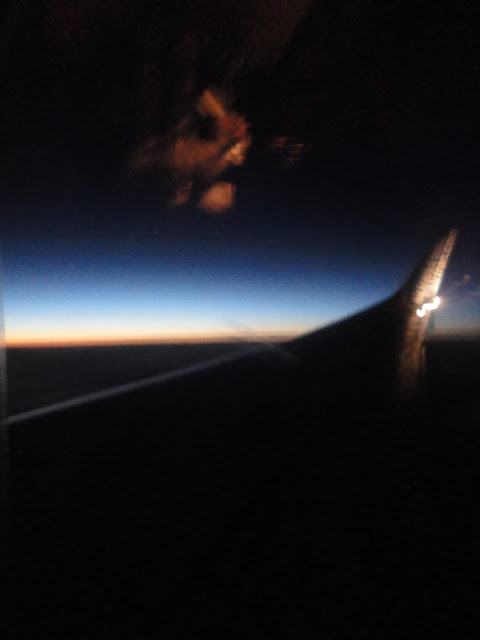 My mom's friend lives in a place called The Villages an hour from Orlando. The Villages are made up by 3 communities which no one under 50 lives in, I'm pretty sure. They all have their own everything from golf courses to shopping centers to restaurants - you name it, they've got it. It's almost like a Utopia for old people.
So, Thursday was spent putzing around The Villages. I was really excited about the shopping center until I realized that they didn't have anything that would appeal to me. Why would they? No one my age shops there. Nevertheless, I enjoyed walking around & watching all of the residents be kids again.
The Village's Pier 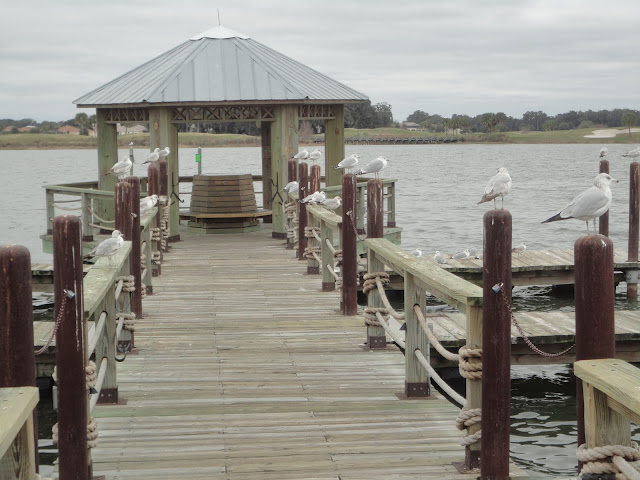 These golf carts were everywhere & most of them were totally tricked out like this one. The people who live in the Villages go there to have fun & they do it big! 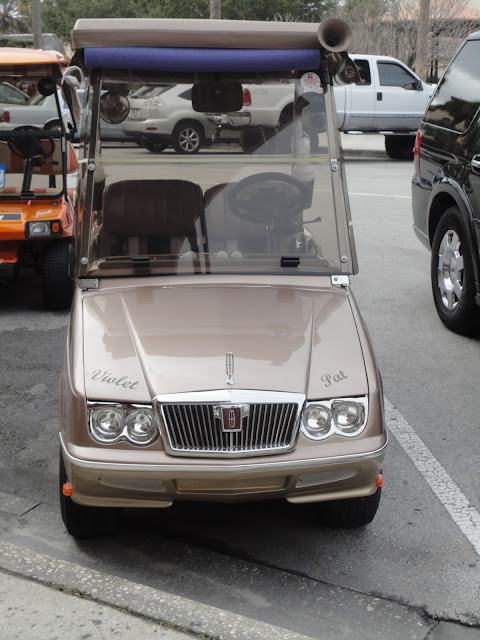 We ate lunch at this cute little Deli. I'm pretty sure we were the only ones not wearing Depends under 50 in the place, but it was still yummy & I chalk that part up as a win. 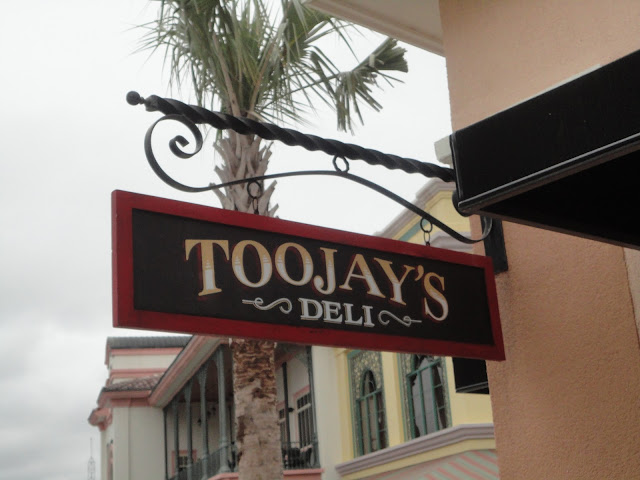 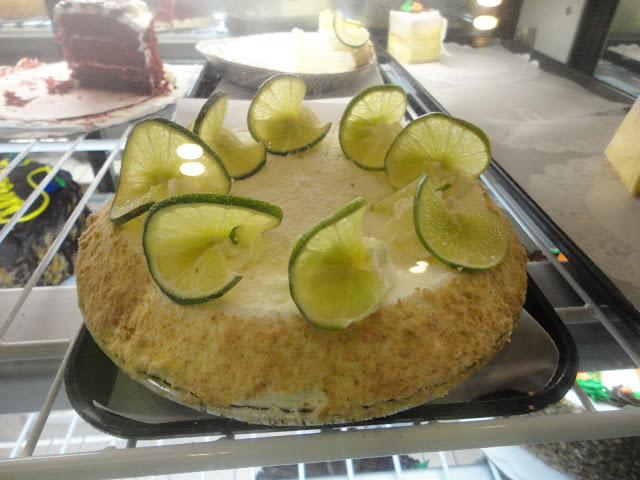 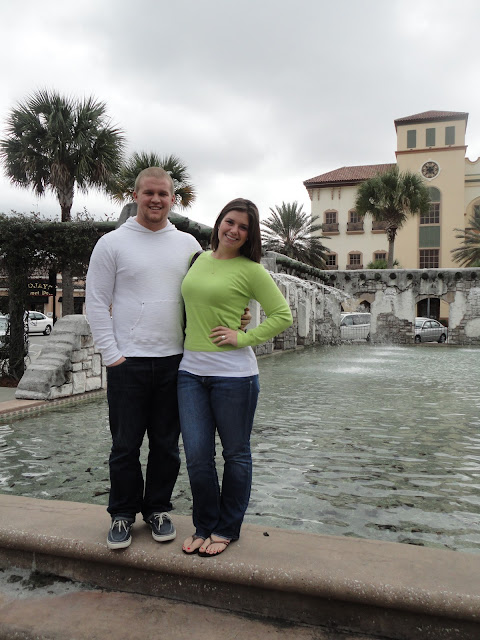 After we walked around The Villages, we went back to our friend's house & took a nap. When we woke up, it was dark & time to meet more friends for dinner.
Yeah, I'm on a stringent diet because of the absolute pig I made of myself during the trip, but that's neither here nor there.

So Day 1 of the vacation was pretty-low key, but it was the only day like that, stay tuned for Day 2 ... Magic Kingdom, Disney World!

Yayyy, it looks like you had so much fun! Can't wait to hear about the rest of your trip :)

Welcome to the world of being a young person visiting the Villages. I'm a regular visitor, probably about 3 times a year for the past 3 years, and am heading there again next month. My grandparents have a house there. It's a pretty crazy experience with all the golf carts and how self-sustained it is.