.October 2008.
Korie found out that she was pregnant at a mere 16 years old & together, she & her boyfriend decided to keep the baby.
We were all shocked to find out that our beautiful friend would be having a baby.
Our biggest worry at the time was who's number to wear to the football game on friday night & Korie was telling us she was pregnant?
WHAAATTT?
.April 2009.
Devin & I were sitting in the movies when we got the news, Korie was in labor!
We were SO excited but finished the movie & then headed over to the hospital.
Korie was 3 cm dilated & holding steady & hanging out with everyone in the waiting room.
We left to get some sleep.
At 3 a.m. I got the text from Korie that said something like this,
"Rilynn Grace is here & she's beautiful and healthy & we're both doing fine."
I ran out to my car & ran into the hospital to find this bundle of beautiful & her momma: 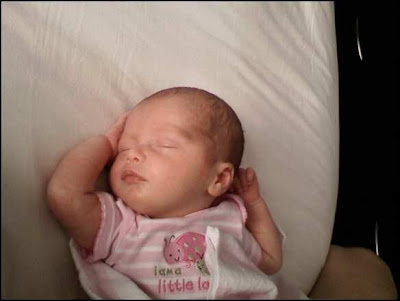 Korie had Rilynn without an epidural & began breastfeeding immediately.
She was super mom right off the bat.
.May 2009. 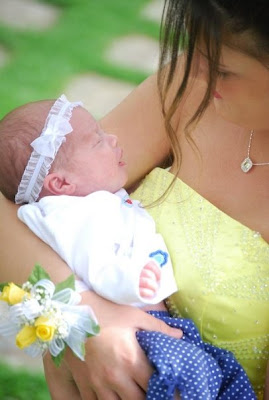 Korie went to prom 2 weeks after having Rilynn - skinnier than she was before having her & as beautiful as ever. 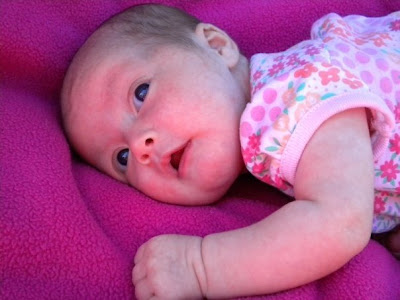 Korie came over for dinner with the girls & we took some pictures of the wee babe.
.April 2010. 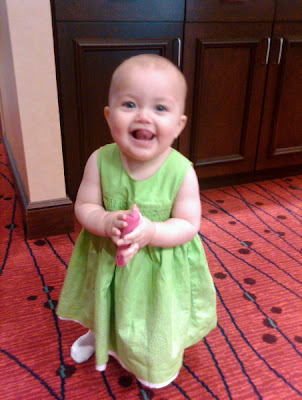 Ri turned one!! & she was so happy about it! We all celebrated in a room full of about 20 people & of course, Rilynn had her very own birthday cake! 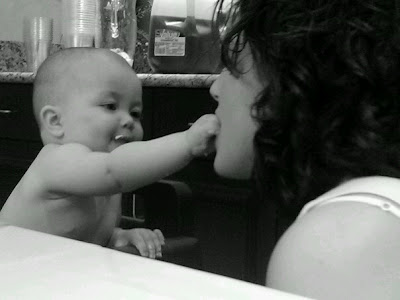 .May 2010.
Korie graduated from High School as an Honors Student with a super high GPA.
.October 2010.
Tonight, Korie & Rilynn came over for dinner.
I miss both of them so much while I'm at school, so I try to see them when I'm home, but this is the first time I've seen them because between work, full-time nursing school & a baby, Korie is SO busy!
But tonight, they came over & WOW had Rilynn changed!
At 1.5 years old, she is a complete chatter box & repeats everything anyone says!
She knows what noises animals make, can sing the barney song & knows all of her body parts.
She even went to the bathroom on the potty once already.
We had so much fun tonight! Juice, Quesadilla & Chips - what more can a girl want? 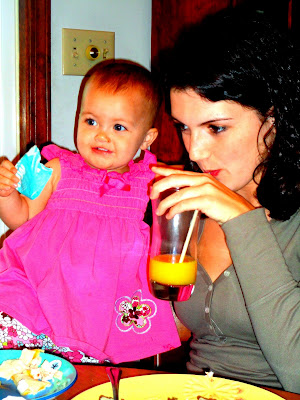 She wants to sit with her momma! That's what! 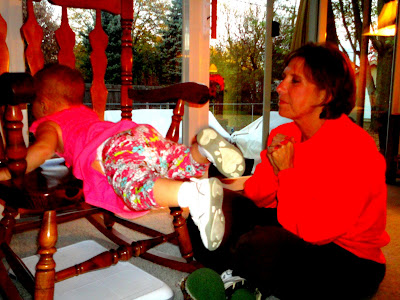 She's a monkey! & my momma loves her so much! 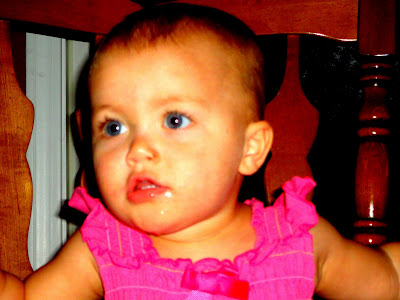 She got really proud of herself ... 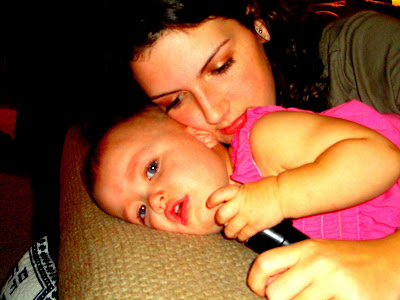 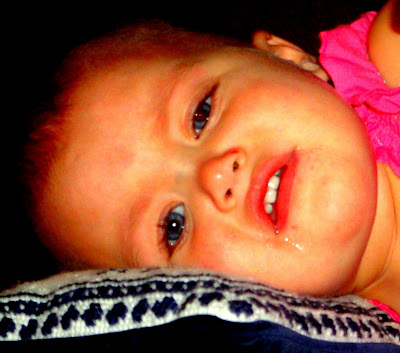 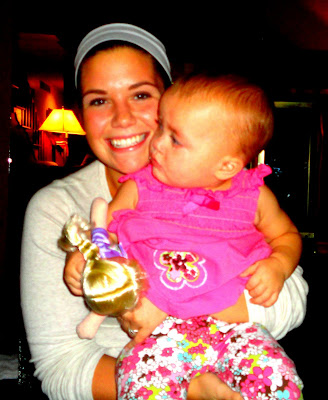 I needed a picture
& then they went home because a sleepy baby is not as much fun as a happy one.
But they left - two peas in a pod.
Rilynn is a doll & so happy, healthy & smart
& Korie, although young is one of the most fabulous moms I've ever seen - & I have been around tons of moms of all ages.
Korie trumps most.
She works, she goes to school & she keeps that baby girl happy & healthy.
Now, I'm not condoning teenage pregnancy because I guarantee you - Korie has struggled.
When she went back to school when Rilynn was a tiny 3 weeks, she not only missed her but was exhausted & had to leave our Junior American Studies class to pump milk.
Not ideal.
& now? Korie goes to school 2 full days a week & is studying to become a nurse & when she's not being a student she's working at Calvin Klein & being a mom.
She doesn't get to go out much & I promise, spending every night reading books, giving baths & washing sippy cups is not what you want to be doing at 18.
But Korie does it & she does it well.
She loves that little girl more than anything in the whole world & it shows.
Teen pregnancy is rough, but for this girl, it wasn't the end of her world - it just changed it.
I'm proud of you Korie - you're amazing.
Posted by Ali at 5:54 PM

It's nice to hear a positive story related to a teen pregnancy!

Thanks for stopping by my blog.. and I know what you mean about my blog being the Exception..I find it SO hard to find blogs from young single girls!

I love this Ali! I'm so proud of her.

Um......I didn't mean to be anonymous. As Korie's mother I am so proud. She is amazing.