The Spirit of Christmas

One night last week, I was scrolling through Facebook when I found this amazing story from a photographer I friended in Colorado. I couldn't help but share the story and the things that have happened since because this my friends, is the true spirit of Christmas.
-----------------------------------------------------------------------------------------------------
This photographer in Colorado,  Lindsay, like many, is juggling lots of balls. She's a photographer and a momma to two.
One day last week, she took her camera bag, wallet and phone to her little girl's Christmas program at her pre-school. After the program, her younger son was fussy & she was in a hurry to get him in the car so she sat the camera bag holding her wallet and phone down on the ground. She forgot to pick it up.
About 20 minutes after she got home, Lindsay realized she didn't have any of her things & ran back to see if the bag was still on the ground at the pre-school. It wasn't. She made phone calls and checked her voicemail. The bag was nowhere to be found.
Finally, she called her husband's office and found out that someone had called and left a number because they had the bag.
Lindsay called the number back & a lady answered saying her husband was a recycler and had found the bag, pulled out her phone and found her husband's number as the most recent call. Lindsay asked if the man could meet her back at the school with the bag and the woman said yes but he would have to walk since they didn't have a car and it would take him about 30 minutes to get there.
When Lindsay got back to the school, she found an old, scrawny, very poor man waiting for her with the bag. He told her he had been out looking for change to buy his wife something for Christmas. He also told her to check in the bag and make sure everything was still there because he knew how people could be.
Lindsay thanked the man, Stanley, and went back inside the pre-school where a lady said she had seen him before. He and his wife had come in for homeless dinners.
The bag Stanley returned was chalk full of money. All he would have had to have done is sell that camera and lenses and Stanley and his wife could have had dinner for awhile and maybe even some Christmas presents but he didn't, he returned them.
That night, Lindsay wrote the story on Facebook and immediately, I knew I wanted to do something for him so that's what I did.
On Monday, I went to Big Lots and stocked up on a bunch of things they might need but also might not have like soap, lotion, toothbrushes and toothpaste, socks and more. I put it all in a box and shipped it to Colorado.
Last night, Lindsay and her family delivered the gifts to Stanley and his wife. She found them in an apartment with barely enough room for the two of them, a TV that only worked for movies and them playing Dice together.
She delivered over $600 in money and gift cards and my box of goodies. She said they were absolutely speechless.
I'm giving a lot of presents this year, some much more expensive than the ones I sent to Stanley and his wife Elizabeth but I know for sure those were the most meaningful ones.
This is why I love Christmas. 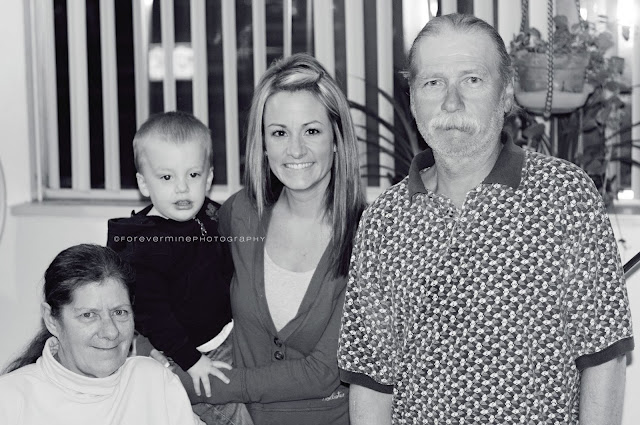 Such an awesome story, thank you so much for sharing. It's seems like the act of giving to others has been highlighted this year. I love when people see others in need and do something!

Wishing you a blessed Christmas!
Andrea

Thank you for sharing. I completely teared up. It's stories like this, and the fact that you wanted to help, that make me have so much hope for future generations. Think about the kind of person Lindsay's little man will become!

Your heart is amazing! Thank you for sharing this, truly outstanding and melts me!