Life is but a vapor.

It was April 10th and I was at IU in Bloomington for a PR conference with some other people who are studying it at Butler. There was a Friday night portion and the conference continued all day Saturday.

Bloomington is about an hour from Butler & since we had to be there at 8 on Saturday morning, I didn't want to have to drive back so I asked my best friend Nikki if I could stay with her in Bloomington that night.

After the conference was over Friday night, I drove over to Nikkis & as I was driving, I remembered that Drew's ex-girlfriend, Tori, lived right behind Nikki & her roommate Kellie and chances were good she would be there that night too.

I have this weird thing that when I am kind of anticipating something that will make me mad happening, it makes me even madder when it does because I just knew it would happen.

That scenario happened that night.

I knocked on the door & when Nikki's roommate, Kellie, opened it she said, "Oh! I thought you were Tori!"

Tori and I had been friends before she & Drew dated but as things usually go with girls, when they started dating, we started not liking each other.

I had tried a few times to be nice to her after he & I got back together and never had any progress so I kind of gave up. I was pretty angry with her.

I didn't hate her, but I was upset that Nikki would have a girl at her apartment that she knew I very much didn't like when she knew I'd be there too. Especially when I expected it to happen, like I said.

I ran up the stairs to Nikki asking why Tori was going to be there & she pretty much didn't give it the time of day. She told me that since I had forgiven Drew, I should forgive Tori too. But it was different.

Tori showed up with more people and they all started partying downstairs. Eventually, I went down there too but with no plans to drink in a drinking crowd & not being a fan of Tori, I was unusually quiet. I stood with my arms folded just staring. That's not like me.

It wasn't long before Tori came up to me & started talking.

She told me she didn't want me to hate her anymore and said even if I tried to deny it, she knew I did.

I didn't say much.I just listened to her tell me how sorry she was for being mean to me, but she was just jealous. She told me she had always thought I was pretty & never thought I was fat even though she told people that. She said she knew I never meant to hurt her.

I listened for a long time before explaining myself & before she said she understood. We made some small talk before they all left for the next party & I did enjoy the conversation but since she was drinking I wasn't really sure how genuine she was.

Thursday night I was on my way to pick up a friend for dinner when I got a text from Nikki that said, "Tori died today".

I couldn't believe it but when I found it on the Bloomington news, I couldn't deny it anymore.

Tori had been driving back to IU from home, got distracted, hit a guard rail, overcorrected & flew into oncoming traffic. She died on impact.

These last few days have been very hard. I've gotten a total of about 12 hours of sleep & have basically just been running on adrenaline.

People our age aren't supposed to die & especially a girl as full of life as Tori was.

Take a murderer or a rapist but don't take a 19 year old girl living on her own, working to pay for everything she owned because her family wasn't in her life & still going to school.

She's no longer bouncing around to different peoples houses because she doesn't have a home. She's not working her ass of to have somewhere to live & something to drive. She's not struggling with relationship issues because her mom abandoned her & her dad kicked her out.

She's in heaven with God, happier than she's ever been.

But I'm still here, sad that I never made up with her & held such a grudge against her.

I read all of the things people have written on her Facebook & know I really missed out on having a great friend because I couldn't get over her being skinnier & Drew having feelings for her.

If nothing else, Tori serves as a reminder: don't hold grudges, there's no reason for it. Look for the good in others instead of focusing on the bad because I promise, once someone is gone, the good shines through so much stronger than the bad & if you've never paid any attention to it, you'll really regret it. 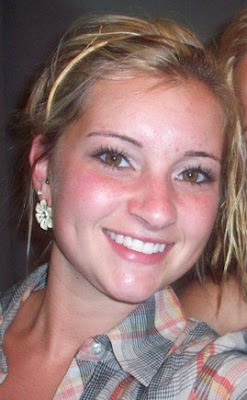 I still can't believe it. I didn't know Tori personally but I remember seeing her around at school. My heart is breaking for her friends and family and everyone who was affected by her death.

Ali, I'm so sorry for what you're going through. I feel like that conversation you and Tori had the other night was a wonderful thing, simply because you were able to talk with her one last time, see past the grudge you've been carrying for these past few years, and see her for the sweet person she was. It is still such a hard position to be in, though.

I'm keeping you in my prayers, along with everyone else who's hurting from the loss of that beautiful girl. You know how to get a hold of me if you ever need someone to talk to. :)

I'm glad that you two had a chance to chat, and I'm sure that even though she had been drinking, she knew that things were at least partially smoothed over.

My thoughts are with you, as well as her family & friends

Aww, Ali ... I am so sorry to hear about your friend. I can not even imagine what the last few days have been like. You are such a strong gal for sharing your struggles and personal story with her to all of us.

Wow. I never realized how scary life is every.single.day until I had kids. You get through each day thanking God they made it. Her parents can't do that anymore and it is heartbreaking. Thanks for sharing. You are one of the most sincere and kindest people I have come across...truly, Ali.