We've been having some pretty nerve-wracking storms around here lately.

The first one was on Monday night & I was home alone. I had just taken the little boy I babysit, Will, to swimming & decided I was going to try to get my flowers planted quickly before the storm hit. I got the flowers planted just in time for the wind to really pick up & start getting scary. I quickly swept up the soil on the ground & I had just gotten it thrown away when the rain started. Just seconds after running into the garage, the lights flickered & the power went out. I couldn't even shut the garage door! The trees started swaying & the rain started blowing so hard I couldn't even see through it.

My friend Austin & I were supposed to go on a bike ride that night but when I was taking Will to swimming I heard the tornado warning on the radio & told him we shouldn't go. It was hard to believe because there was hardly a cloud in the sky but that changed quickly.

While I was sitting in the garage, home alone, watching the storm, questioning whether the world was ending on May 23, 2011 rather than December, 2012, I got a text from Austin that said, "Good call". I tried to send him a text back but the sending bar would get almost all the way full & then give me the "Send Failure" sign. I was freaking out.

Alas, we made it through the storm & the sun came out soon after. However, we didn't know that there would be another huge storm just days later, Wednesday.

I pick Will up from school every day so I had just gotten him when it started to get ugly outside.

My first concern was whether or not he was scared of storms. Thank goodness he wasn't & was probably more calm than I was. He's such a good boy & only 8 years old ....

Luckily, my mom had come home that day from New Orleans so she was at home with us. We sat in the living room & watched the radar as the sky grew darker & Will & I played Connect Four, waiting for the storm to come.

It wasn't long before it really started coming down & I decided it would probably be a good idea to get in the windowless bathroom since we don't have a basement & my living room has a huge sliding glass door.

Will loved hanging out in the bathroom in the dark. Oh yeah, the power went out too. We even made a vlog.

We sat in the bathroom, which was much less scary than actually seeing the storm, for probably 15 minutes before it was over & then we went out to see the aftermath. It was worse than anything I've ever seen. 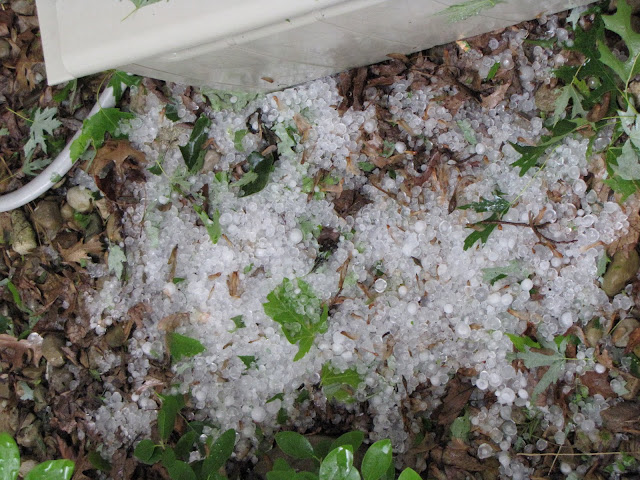 My car covered in leaves 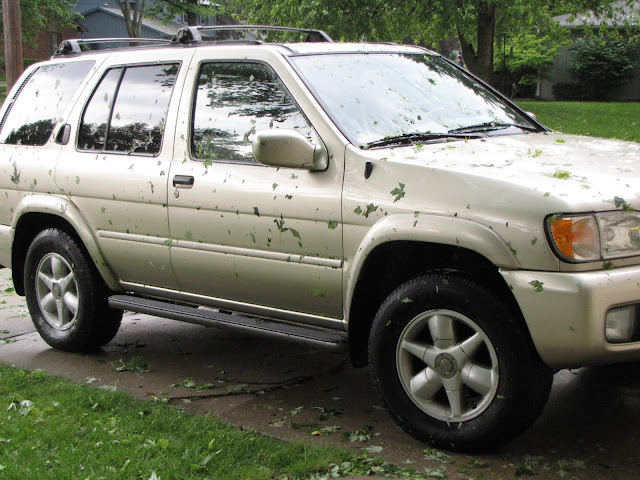 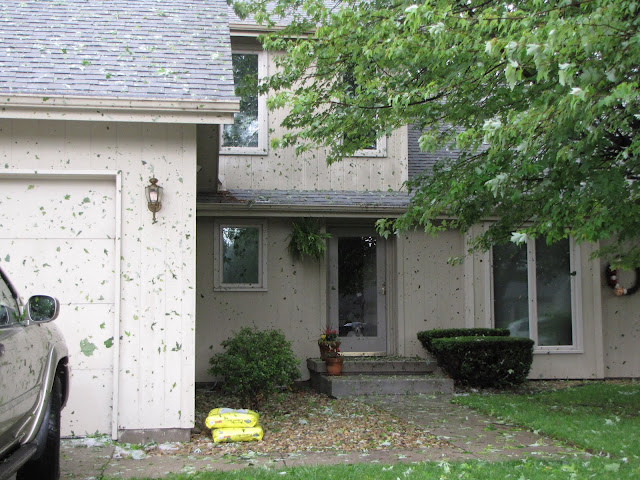 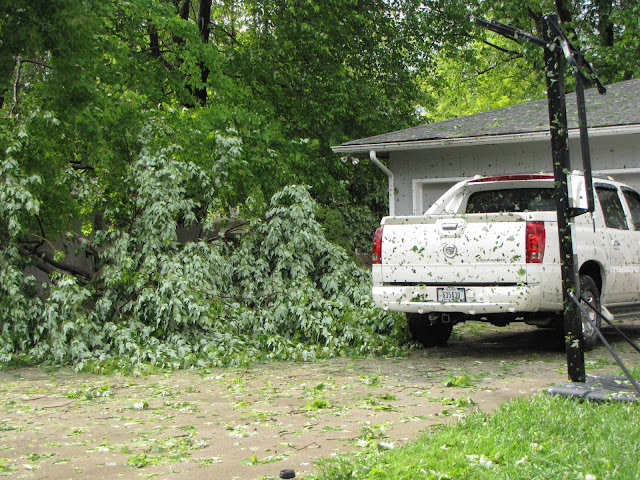 All of the neighbors discussing the damage. 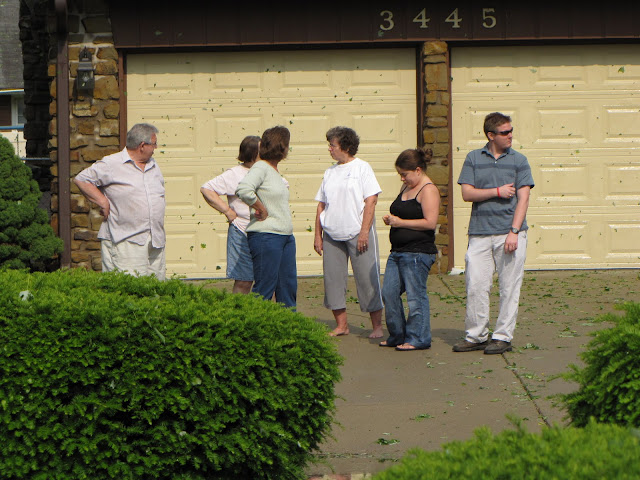 Will, happy as a clam. Love this kid. 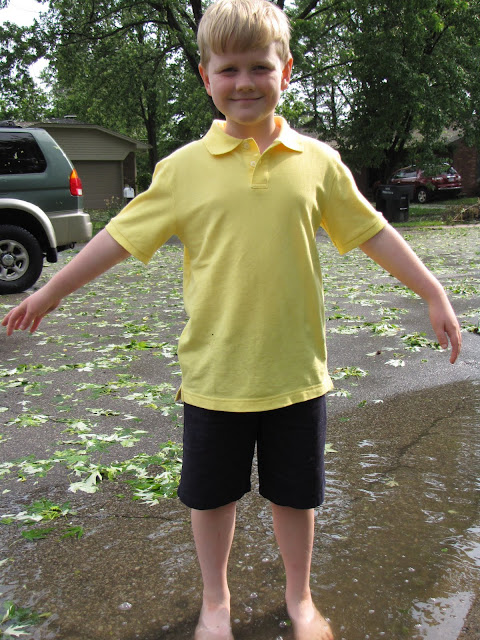 He really liked all of the water 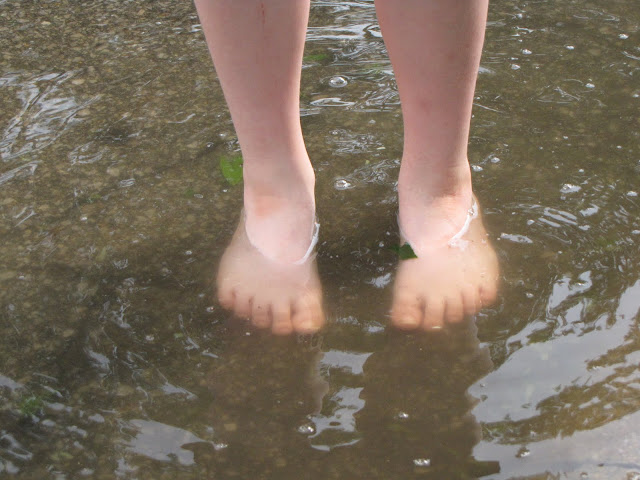 My flowers made it through! 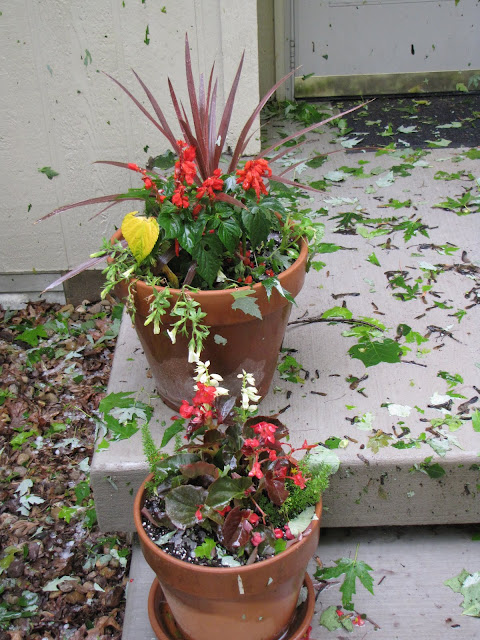 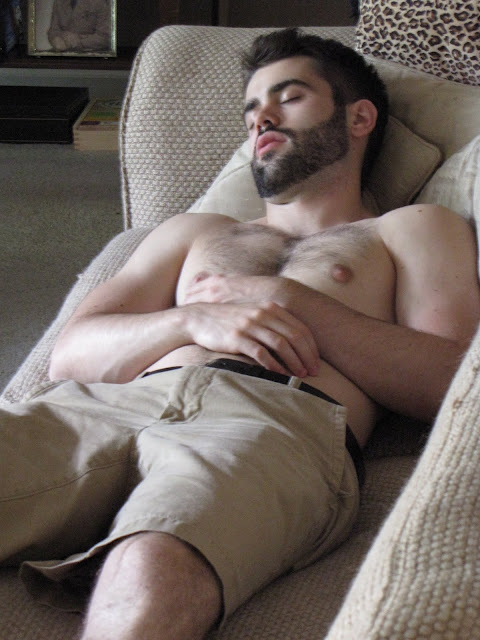 Will's mom came just in time to get him & make it home before the next storm hit.
My friend Morgan & I went out to our other friend's house because she had power & we didn't & luckily, we got there maybe 5 minutes before the next wave hit.
We hung out at her house for a while & then it was getting late so we decided we should go home.
My mom said if we were going to come we needed to hurry because another storm was on its way so we got in Morgan's car & began racing the storm.
Morgan's dad is the boss-man at the electric company so during & after the storms he's out with his crew trying to get everyone's power back om.
She & I got to the stop light 3 minutes from home when things started getting scary again.
We were right behind her dad at the light screaming GO, GO, GO!!!
Finally, he took off & we booked it behind him.
We pulled onto the street & the sky turned a purple kind of black.
When he turned off on her street, she zoomed down to my cul-de-sac & a house away from mine was like, "GET OUT! RUN!" I ran inside in the crazy wind & found my momma in her bed with only flash lights for light.
That storm came & went & hours later my heart finally slowed down enough for me to go to sleep.
The storms continued through the night but they were all over in the morning. The power however, wasn't back until almost noon.
It looks like there might be more on their way today & I can't help but wonder what all of these storms are the effect of?
I don't think I can ever remember as much madness as this.