I realized this weekend (with a little help from Drew) that for a while now, I've been looking at things through goggles that were constantly, "glass half empty". Sure, I was thankful for things every once in a while, but I certainly wasn't living optimistically as I almost always have. I don't know what sparked that dirty little change, but I decided this weekend that I'm throwing away those goggles.

Of course, we all have hard days and sometimes the days are just plain bad but I think it does a soul good to at least try to find happiness in a few things a day and certainly try not to get out of bed dreading the day. So here I am, it's Monday, I'm a dumb kind of tired, my belly aches from not eating right today, but I'm pushin through with optimism because those "glass-half-empty-goggles" aren't fun at all.

I went home again this weekend because my mom had a college reunion for the place she studied abroad at, Harlaxton, the school University of Evansville owns, and someone needed to stay with our dogs. Lots of the people she lived in Europe with for a year her sophomore year of college, but hadn't seen in more than 20 years, were at the reunion and she had a blast! I was a little sad about being home this weekend a couple times because there was a lot going on up here, but when she came home telling me how much fun she had, I was so glad I did it! 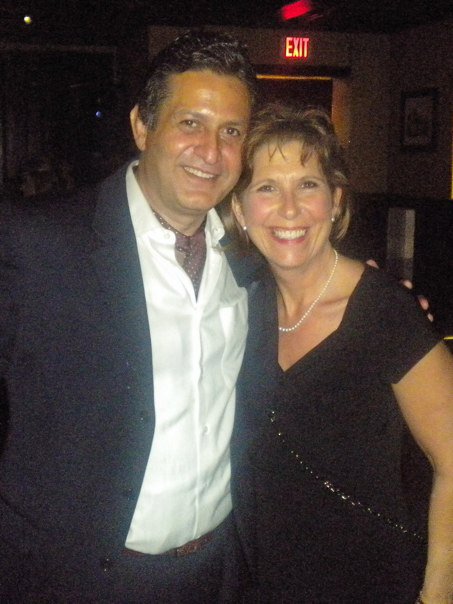 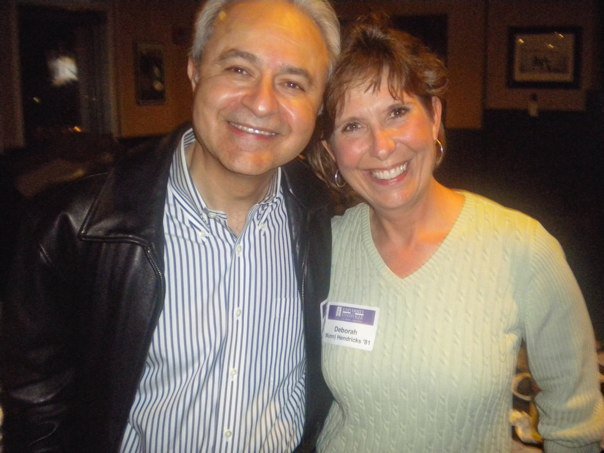 One of the guys that she went to Harlaxton with. 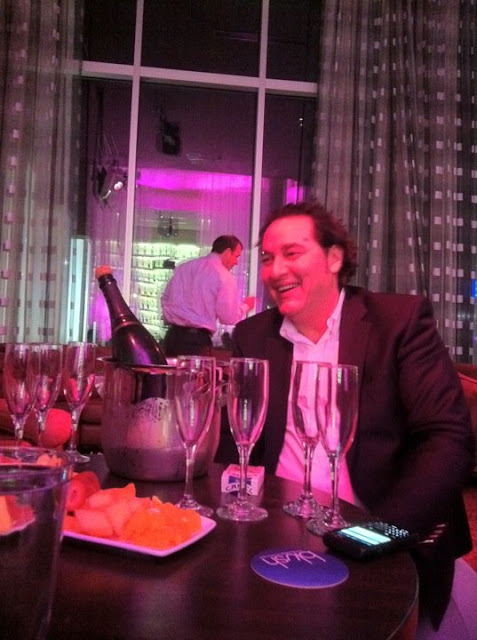 Another one of the guys she went to Harlaxton with. She said she partied like she was a college kid & from the looks of it? She did. 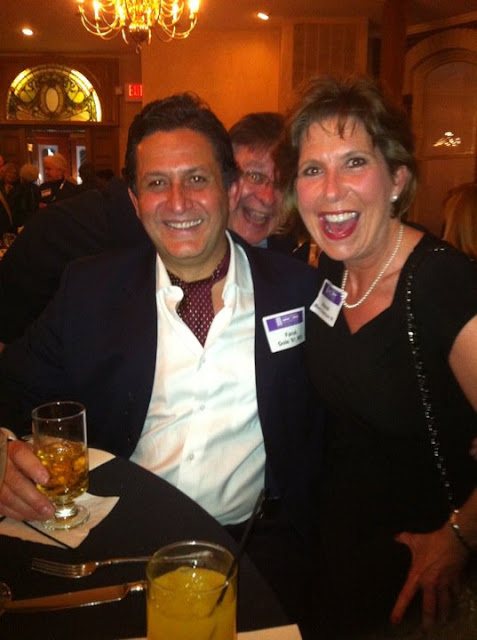 Another friend. Guy magnet I guess.
Despite the fact that I wasn't too excited about being home on a fun weekend at school, it ended up being fun anyway!
My friend Erica who's a junior in high school came and spent the night with me on Friday night & I think we had the most fun we've ever had together. We ordered in Mexican, played Just Dance 2 (which if you haven't played, YOU NEED TO), made a spontaneous trip to Target for ice cream and watched a home video from my 3rd Christmas.
On Saturday, I had an interview at Buffalo Wild Wings for a summer position, but first I went to brunch with my dad at Cracker Barrel and filled myself to the brim with blueberry pancakes and sausage. I do love a good breakfast, friends.
After brunch I had the interview which went well and then it was time to meet Drew's parents to go to his Spring Ball game for Marian. We drove to Indianapolis, met him and a bunch of other guys and their parents, went to Qdoba and then prepared to sit out in the freezing cold for a few hours to watch him do his thing.
It's been in the 70's here for a couple weeks, but of course it was freezing on his game night. He let me borrow a sweatshirt which I put under my big puffy Northface and I wrapped up with a fleece blanket. By the end of the game, my toes were numb inside my tennis shoes but my top half was warm!
Despite the cold, I was so glad I went up to the game with his parents.
Drew got red-shirted as a Freshman at Marian so for almost an entire year, he's gone to practices every day and gotten beat up only to stand on the sidelines during the games. When spring practices started last month, he was pretty discouraged & ready to throw in the towel.
As a high school football player, he was always one of the biggest guys on the field but college has been a different story. He's extremely strong but when he's 5'8 on the D-line trying to hold back an O-lineman that's 6'3, it makes things kind of tough.
On top of that, high school football was much different than college football. College football is a business. It's fun, but those coaches have a job to keep where high school football was all fun and the team was like family.
So needless to say, the boy has been discouraged for a few weeks but thank goodness, he got on the team he wanted to be on for the Spring Ball Schrimmage on Saturday and he really shined. 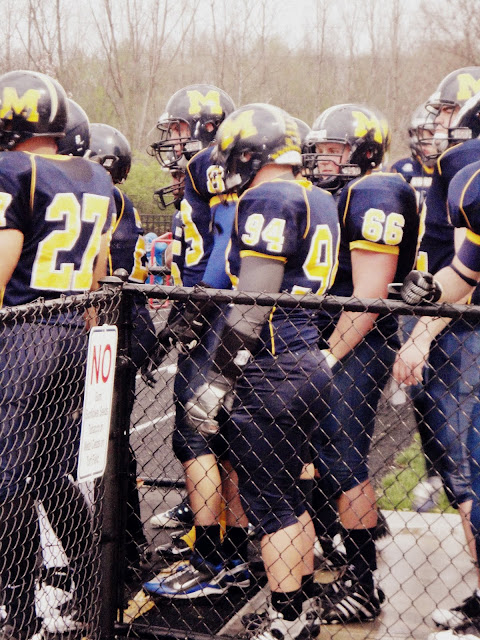 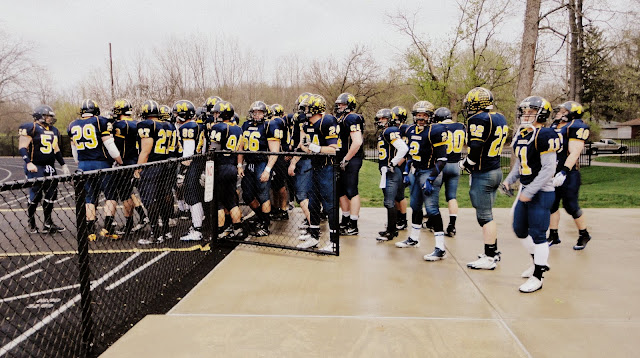 He was on the team with most of his friends (which I'm determined makes a huge difference), had good coaches and he held guys in their place that were 6 inches taller than him.
When he walked off the field, I could tell that for the first time in a long time, he was really proud of himself. He was smiling ear to ear and all discouraging thoughts had fleeted. 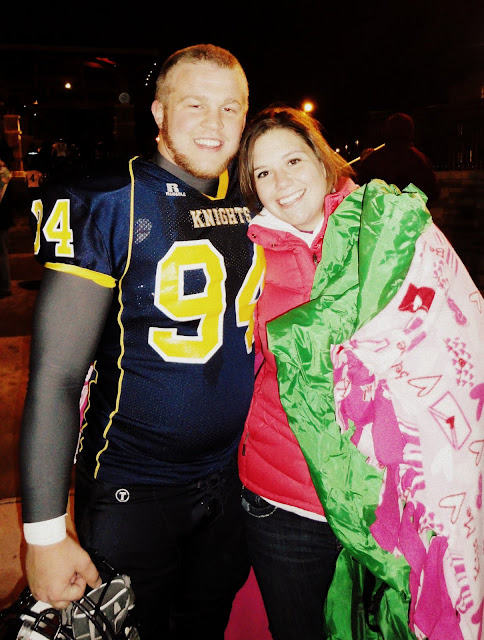 After the game, we headed home even though his mom begged me to stay & go to the after-party with him to make sure he saw the next morning and within 5 minutes of being home, I was in the bathtub in the hottest water possible, getting de-iced. I got all warmed up and slept like a baby, even though I was home alone. A feat.
Sunday consisted of homework, a Target run with my momma & coming back to Butler.
The weekend that I thought would be a total bore ended up being super fun!
Posted by Ali at 12:30 PM

two things come to mind: i need cracker barrel pancakes STAT and need to find out what this craze over just dance is all about!

I had a crazy busy weekend too... Mine consisted of two VERY awkward moments... One of which may or may not have included talking about someone ( like really not nice) then having them come around the corner... yeah... the other one shall not be named but included my mother-in-law who i less than like. At least your busy weekend was a fun one!

I've been having similar outlook problems lately and my boy helped me see what a difference a good attitude can have too!

I'm glad you had such a good weekend! :)

So happy I found your blog. I'm a new follower, I hope you will as well. I started my blog a little over a month ago. It's all about celebrity fashion from the point of view of an LA stylist. Stop by to see multiple post a day on all the latest celebrity fashion news. Would love your support. xoxo

Ok so I totally thought I had read your blog before, but I guess I had you confused with a different Aly but now I'm extra baffled because you're an Indy girl (I think??) small world hah!